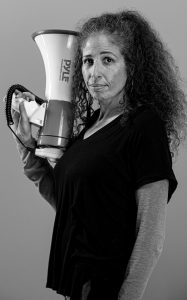 Mia Golden wrote, produced and acted in our new feature film, Fragile Seeds. We spoke with her about how she applied her voice and experience to screenwriting, and how her career and education lead to the screenplay and production of this film.

Mia Golden has worked as a producer, director, writer and actor on dozens of independent media projects. She served as Associate Producer on the cult Canadian comedy feature Jackhammer (2013) featuring Robb Wells, Nicole Sullivan, Jamie Kennedy and Pamela Anderson. She co-produced the short documentary Penny Girl in 2019. Mia is currently producing and directing the documentary Tug of War as well as developing a feature film and several factual series for Canadian distribution. Outside of film, Mia is a family and youth counsellor and is the coordinator of a crime reduction and exploitation prevention program. She has worked in the counselling field for over 20 years.

Hi Mia, thanks for taking the time to chat with us. We’re really excited to learn more about the work you did on Fragile Seeds, and can’t wait to see the finished film.

You have quite a wealth of knowledge and experience. Can you speak about your work as a counsellor and how that influenced/inspired Fragile Seeds?

My first job was working with youth who had been convicted of sexually based crimes. Up until then, my notion of sex offenders had simply been what I had seen on TV and in the movies. And as a result, my thoughts were always that they were one dimensional type individuals. Monsters and that was it. Throughout my career, not only working in the residential sex offender program, but across the spectrum of counselling programs, my naivety was quickly scrubbed and replaced with an understanding that there is always a story behind the people standing in front of us. 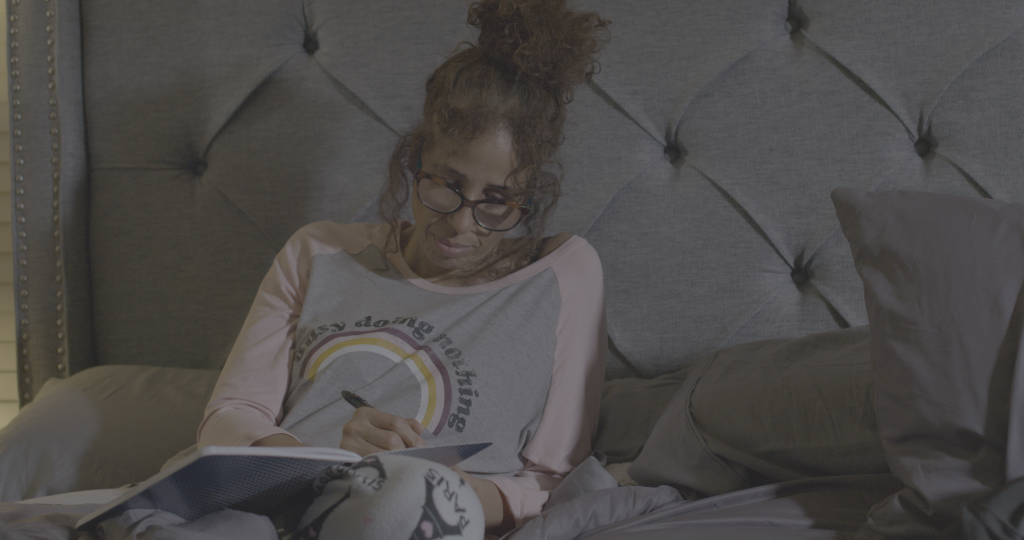 How did you come up with the idea for this timely film? Did it start out as a fragment of an idea, or was it pretty much fully fledged when you sat down to start writing?

I originally began writing it as a novel, which I recently finally finished. The focus was initially going to be on one character (Howie). I was originally going to call it Under the Table with Howie. Howie, to me was a combination of many individuals I have come across not only in my career but just in general. Early in my career, I worked in a high school as a substitute EA. My first day was spent chasing one young non-verbal student under his desk. I quickly realized this was his way of self-regulating and so we sat there until he was ready to come out.

Now in Fragile Seeds, no one sits under a desk, but originally that scene was going to play out with Howie. And then I thought about introducing more characters and making it about a group and then changed the title to The Stories of Me. I say all this as a drawn-out way to say, the idea was not completely fleshed out. But once I got the first chapter out, it took on a life of its own and I just wrote and once I was about a third of the way through, the fragility of the characters and the importance of their origin stories became the focus. 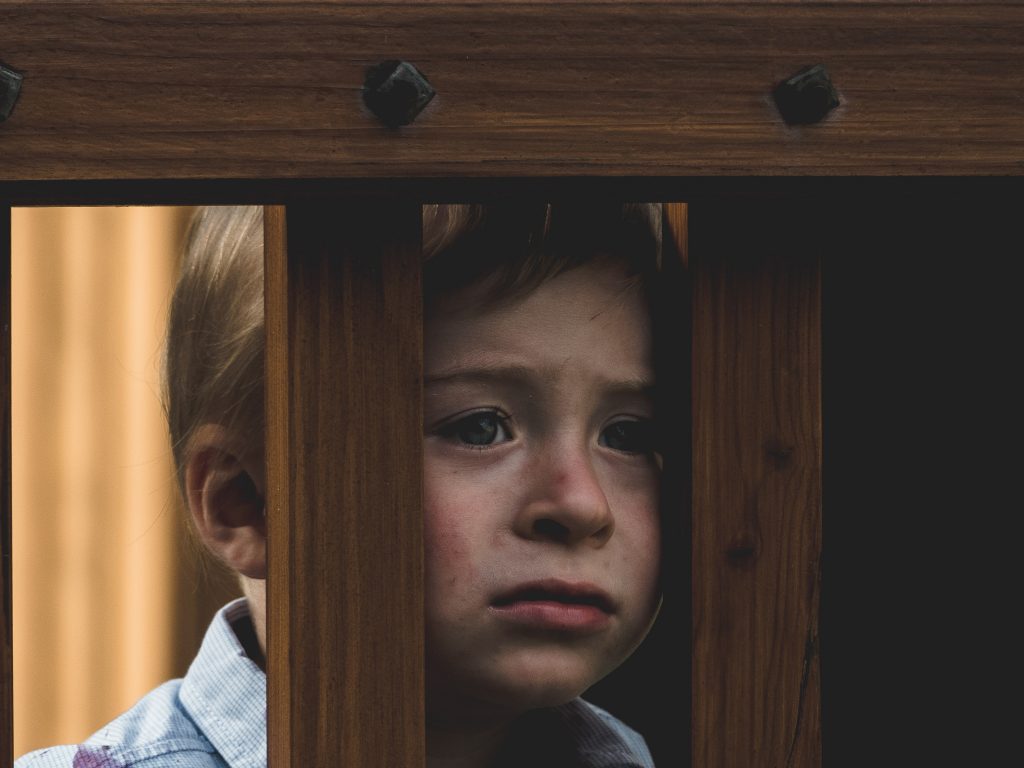 across the spectrum of counselling programs, my naivety was quickly scrubbed away and replaced with an understanding that there is always a story behind the people standing in front of us.

It sounds like the story went through quite an evolution from novel to script and back again.

Although the story of the student under the desk didn’t make the cut, does the film reflect any life experiences? Are there autobiographical, biographical or memoir elements in Fragile Seeds?

I knew people would ask this. It is not autobiographical; however, I will say there are definite elements of all three sisters as well as Hazel that I recognize in myself. As far as the men in the film, they too are made up, but again, my imagination was triggered by some of the things I have had to see and hear.

I can only imagine the kinds of things you’ve seen and heard in your line of work.

You are a recipient of the Netflix-Banff Diversity of Voices Initiative fellowship, congratulations! Can you speak a bit about how the film is informed by your identity as a woman and person of colour in Canada?

Ooh, that’s a big question. Well first of all, and I know this sounds cliché but representation to me is very important. I moved with my mum from Jamaica back to her hometown of Hudson, Quebec, when I was about 2. From there with the exception of living in Toronto for a year, I have always lived in towns with very few Black people. People always thought I was adopted and when we moved to Northern BC, they assumed I was a member of one of the two families who were Black.

I think for much of my childhood I didn’t have a full understanding of my colour or what Black really looked like except for when I was called racially based names. I remember wondering if I looked a bit like Maria from Sesame Street but I really wasn’t sure. People’s understanding of what mixed BIPOC families can look like really stood out for me when I would audition for parts where there was a family. Most people generally don’t know that people of colour can have children that can look like any or none of their BIPOC genetics. And so, at times I was told I wouldn’t get a part because the children were white.

As a result, I made Hazel have children with different fathers, to show the range of looks a family can have. As far as being a woman, well that is another can of worms. Women just naturally have an unconscious and ongoing risk assessment playing out and for those that have experienced some sort of violence or trauma, that unconscious threat assessment turns to hyper-vigilance and can impact relationships, choices and more. 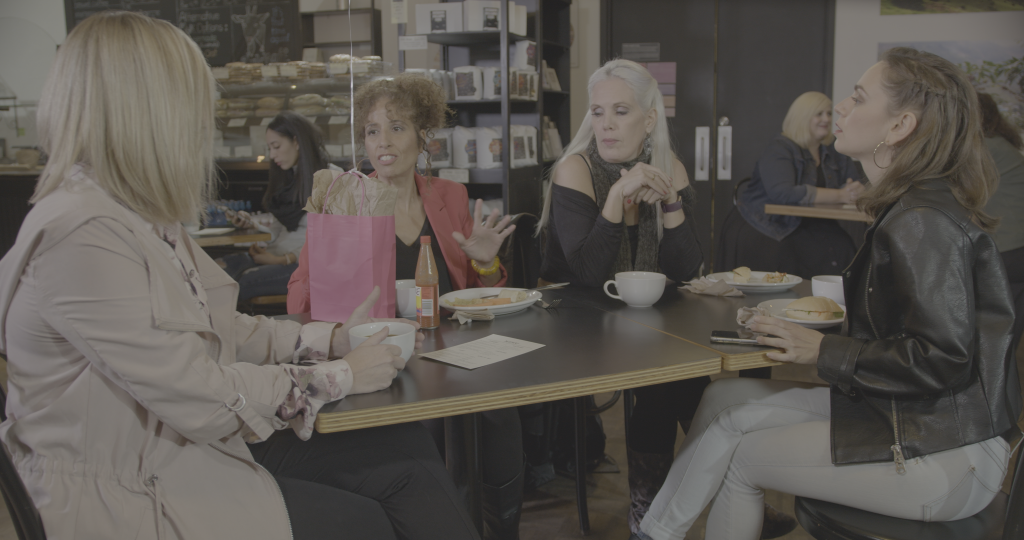 Families can take on so many shapes, sizes and forms, and it’s not necessary for people to look alike to be a family, that’s for sure! Thanks for representing a different kind of family in your new film.

How did you realize the Fragile Seeds script? Do you have a personal method for putting your knowledge and research down on paper?  Were there any specific techniques you used in writing this script that specifically helped make it more workable as an indie film?

Changing it from a novel to a script was a challenge. Not only because it can feel like some of the depth and background to each character could be lost, but also, I had to say goodbye to some of my characters. When you write stories, you become quite attached to your characters. And even in the editing of the film, some scenes must be ruthlessly shortened or completely cut out.

As a storyteller, that is a challenge to see some of your work, on the floor. But it’s a necessary part of film-making and one of the reasons I could never be an editor (the other part is I have zero skill set in that department. Hats off to editors. I don’t think the general public understands how big of a skill that is).

And how the film came to be, well it all comes down to relationships really. Back in 2012, I met both Ana-Maria and Joseph and worked with them on different projects. Ana-Maria and I had wanted to make another film I had written (now in pre-production) and as one does, we all became involved in our lives and other projects. In the meantime, Joseph reached out about 3 years ago to work with him and Emrey with their production company Empress Avenue Media.

Cast Members of Fragile Seeds
Then last summer, Ana-Maria called me and said, we have to make our movie. I of course agreed but suggested she take a look at Fragile Seeds. That I felt now was the time to tell this story. She read it, fell in love with it, I introduced her to Joseph and Emrey and right then and there we began a fast transition into pre-production.
I couldn’t love this team more. I often find myself as the only female producer on projects, and for this project in particular, it is everything to share that female voice and perspective with another strong female. Casting took place in October and our 10-day principal shooting marathon took place in November. It was in the midst of Covid so we had to have a small crew, but given some of the sensitive scenes, the intimacy that grew between cast and crew, really allowed for the actors to go where they needed to go with the scene.
Once on set I had to take off my writer/producer hat (which is a challenge for me) but because of the trust I had with being directed by Joseph and knowing Ana-Maria and Emrey were managing all the remaining details, I too was able to let go (hmmm, that is somewhat similar to one of the themes in the film).

Thanks for taking the time to share your story with us, Mia! It's been a pleasure. We wish you all the best for your novel and film.

a meaningful and unforgettable digital presence