This year, we celebrated 4 years of storytelling in the Cowichan Valley, Vancouver Island. This one may have been our busiest season (and year) ever! We’ve been working on the set of a new indie film, The Great Salish Heist, which officially wrapped on September 30th, on Truth and Reconciliation Day.

This is the first Indigenous heist film that has ever been made. It’s also the 5th feature we’ve worked on that was filmed almost entirely in the Cowichan Valley. The Great Salish Heist reflects our local landscapes, communities, cultures and issues. It follows the story of Steve Joe, a First Nations archaeologist. Joe forms a team of like-minded outsiders to reclaim from a museum the sacred artifacts that rightfully belong to his people.

We’ve created a short video to reflect on another successful year and the completion of some groundbreaking new film projects. Here’s a look at some of our work as a studio so far, and what’s coming soon. 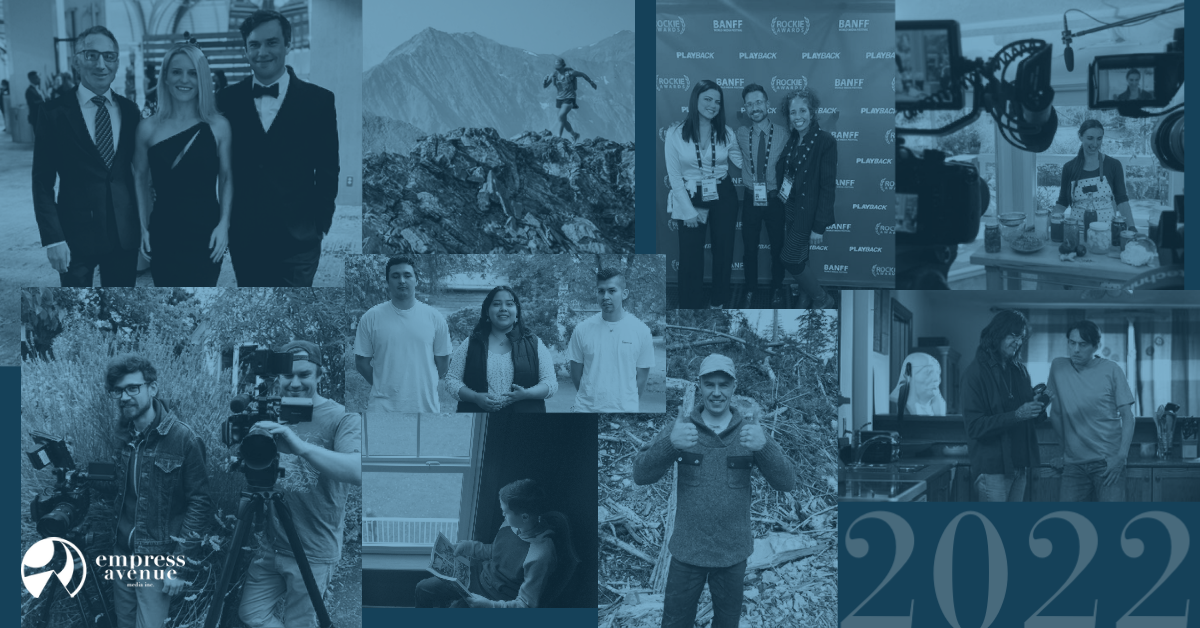 2018 – empress avenue media is born to tell your story

Against the beautiful wooded backdrop of the Cowichan Valley, Joseph and Emrey formed Empress Avenue Media in 2018. They brought together a team of diverse and like-minded local artists and digital professionals from all over Vancouver Island. We worked together out of a funky heritage-home-turned-production-studio. What began as an experiment has turned into a blossoming boutique agency. Today, the team is busy providing service production for feature films, developing documentaries, promotional videos, and online courses. We also manage websites, commercial campaigns, social media accounts, and more. Interested in our services? Get in touch.

After growing up as a fundraising celebrity, the ‘Penny Girl,’ a young trans man living with a rare genetic disorder embraces his new identity.

In 2019, we added several talented creatives to our team, including a dedicated graphic designer and a couple of passionate young film editors. Our weekly team meetings included an aspiring writer’s group – a reflection of our mission to tell local stories and raise up the storytellers in our community.

This series of short documentaries for Cowichan Tribes we produced showcases the sustainability work the members are doing for their community and beyond.

Making adjustments as we faced new challenges meant some of our big dreams for an improved office space were paused. Our team members started working from home, and our weekly meeting became virtual. Looking back, we’re proud of how our team stayed together and how much we still accomplished despite all the changes.

The remote work technology that became much more accessible during the pandemic was a game changer for us. Constantly split between film sets and office work, our team was able to stay well-connected. Thanks to our incredible hard-working crew and their resourceful use of technology, we were able to continue competing with agencies in hot-spot locations like Vancouver.

In 2021, Empress’s first independent feature film, Fragile Seeds, arrived on the international film festival circuit. This film was written and produced by our team’s own Development Coordinator Mia Golden, who also starred in the lead role. She was inspired by her real-life career as a social worker, Much of her own experience has been woven into the script and her performance. The drama/thriller explores themes of violence, survival, empathy, and healing.

As Empress grew, we began to specify our focus. We worked alongside local Indigenous communities and organizations who share our passion for environmental sustainability. We tell the stories of local heroes and create independent content driven by our own team’s raw talent and unique voices.

We’re informed by the awe-inspiring place where we live and work: the unceded territories of the Coast Salish people – and specifically of the Cowichan Tribes. We acknowledge the privilege of calling these beautiful lands our home. And we are so excited to work closer with a diversity of community members.

Our connections with the Khowutzun Development Corporation and the North Vancouver Island Aboriginal Society gave us an opportunity to work on new platforms for these communities, developing educational and community engagement tools and materials. We were also thrilled to collaborate with Harold Joe, Leslie Bland and Orca Cove Media to film and edit their successful festival-touring feature documentary Tzouhalem.

This past year has held space for many amazing projects on our to-do lists. In no particular order, here are some of the highlights: Tied to a Lie, Holistic Nutrition Online, The Great Salish Heist, and New Voices.

Mia continues to prove what a force she is, spearheading the short documentary titled Tied to a Lie, which is currently in rotation within middle schools. The film pulls back the curtain on the growing threat posed by human traffickers, and empowers youth to keep themselves safe and access protective resources. Soon we will be releasing a more mature, feature length version documentary film: Tied to a Lie. 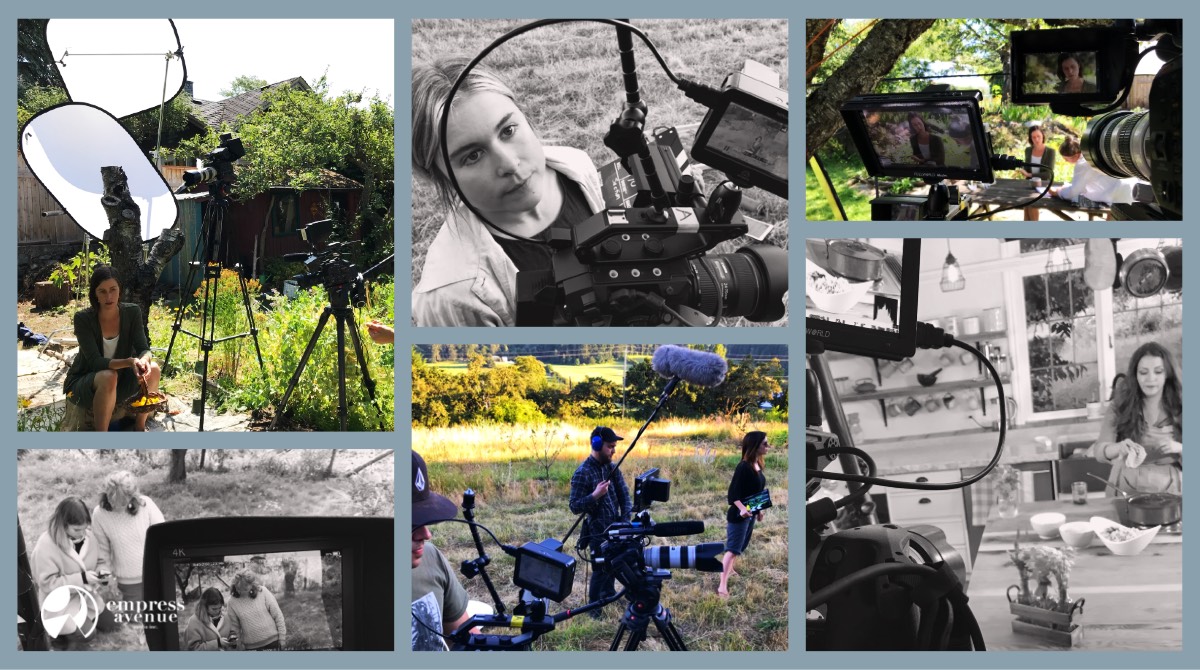 Plus, a new program from Pacific Rim College has officially launched. Plus, you can now get 6 free mini lessons by signing up for their newsletter. It’s such a joy to learn and create with Pacific Rim College. The dreamy backdrops of Ravenhill Farm and the PRC online classroom, the content and material, and especially the teachers and staff behind the scenes. It’s always an amazing day when we shoot with PRC. Check out their latest program here, and find more bonus videos on the Pacific Rim College YouTube channel. 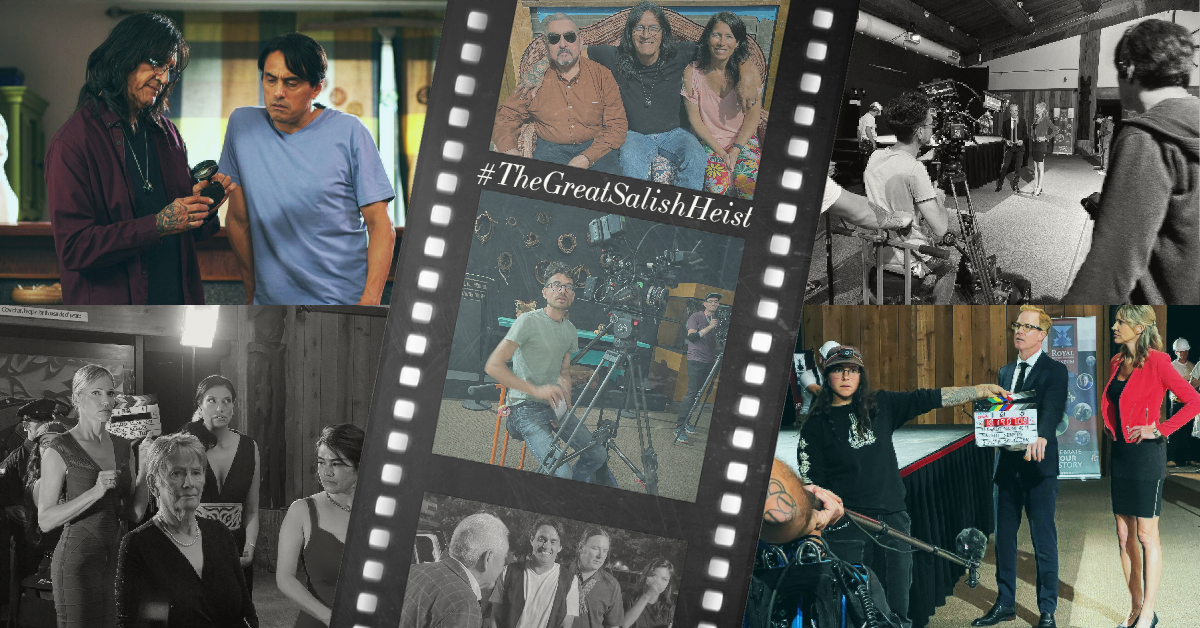 As well as having offered creative development support, our office served as the local basecamp during filming. Many of our valued team members held key positions on set and behind the scenes, including Empress co-founders Emrey Wright and Joseph Boutilier who served as a producer and cinematographer, respectively. Furthermore, Empress Avenue Media will be handling VFX, colour grading and post-production finishing.

We are honoured to contribute to the telling of Indigenous stories, the future of diverse media, and the inclusion of more authentic characters and voices on the big screen. Thank you and congratulations to Orca Cove Media and the talented Darrell Dennis (director, writer and star!), and of course the whole cast and crew! It has been a pleasure to support this amazing project. 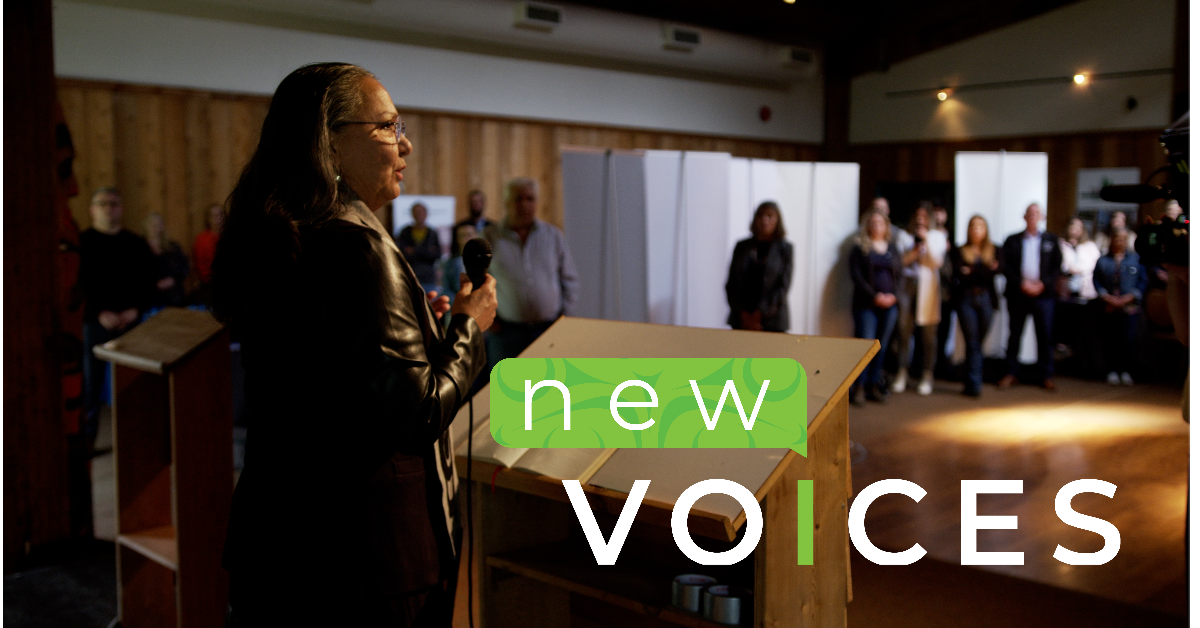 Here’s another notable project to be on the lookout for. We feel it’s integral for every community – no matter how small – to have a chance to tell their own stories. What’s more, we love creating opportunities for folks to do so and for sharing their stories far and wide. Showcasing the diverse and incredible work and lives of our neighbours and friends is exactly what we’re here to do!

Looking forward, we are always looking to add new talent to our team. This year, we’ve been fortunate to have a super-organized bookkeeper, several talented video editors, and a new project manager join our team in key roles! The diverse voices of our team is what sets us apart at Empress Avenue Media. And central to our vision is that our team members each set their own creative goals and feel empowered in the projects they take on. The result is that we are all passionate about the work we do, and it shows! Think you’ve got what it takes? Get in touch, we’d love to meet you.

Our creative lens and love for crafting unique media lies at the root of everything we do. We’re so grateful to be able to find the balance of supporting local businesses – like adventure racing coach Jen Segger, financial advisors Anna Hilberry and Laurel Hickey, Veridis Plumbing and Heating, and Pacific Rim College – and uplifting the voices of local artists, movers, and shakers by creating our own unique narrative content. There are so many important voices to amplify in our little corner of the island, and we’re just getting started.

Now let’s raise our glasses to another incredible year of filmmaking: here’s to 4 years working with a talented team of storytellers, and to a bright future for creativity on Vancouver Island. Thanks for sharing this journey with us!

thanks for watching, reading and following. happy holidays and happy new year! 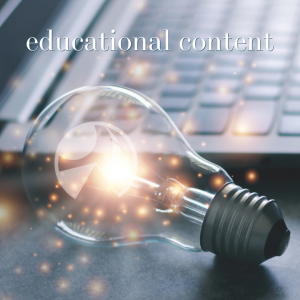 From PSA-style videos that help foster awareness and educate the public, to full-length college courses for credit, no project is too big or too small for our team! We have created all sorts of comprehensive online programs to suit each of our client’s unique needs.

Accessibility, collaboration, flexibility – what positive attributes come to mind when you think about online learning? Online learning has seen a lot of growth over the last decade, even without the global health crisis accelerating our need for it. Since the very beginning, the internet has been a tool for learning. There have been websites where we can ask questions (Ask Jeeves, anyone?) and learn by observing others. The internet and education have always been combining and evolving to gift us all the opportunity to learn and gain skills. And now it is more elegant than ever, with HD videos, new conference platforms such as Zoom, and of course, responsive websites and apps for learning. We’re excited and looking forward to what the future holds for online learning. 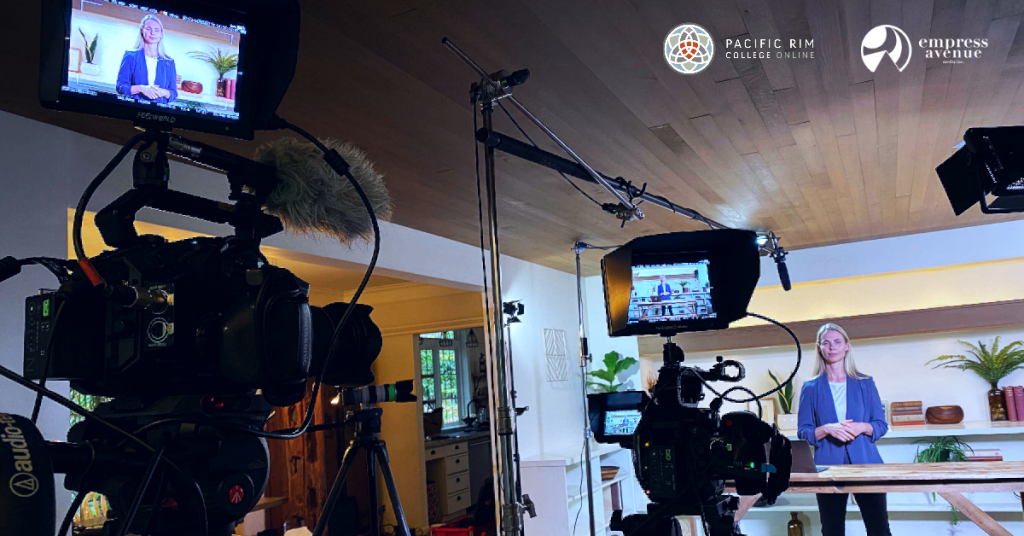 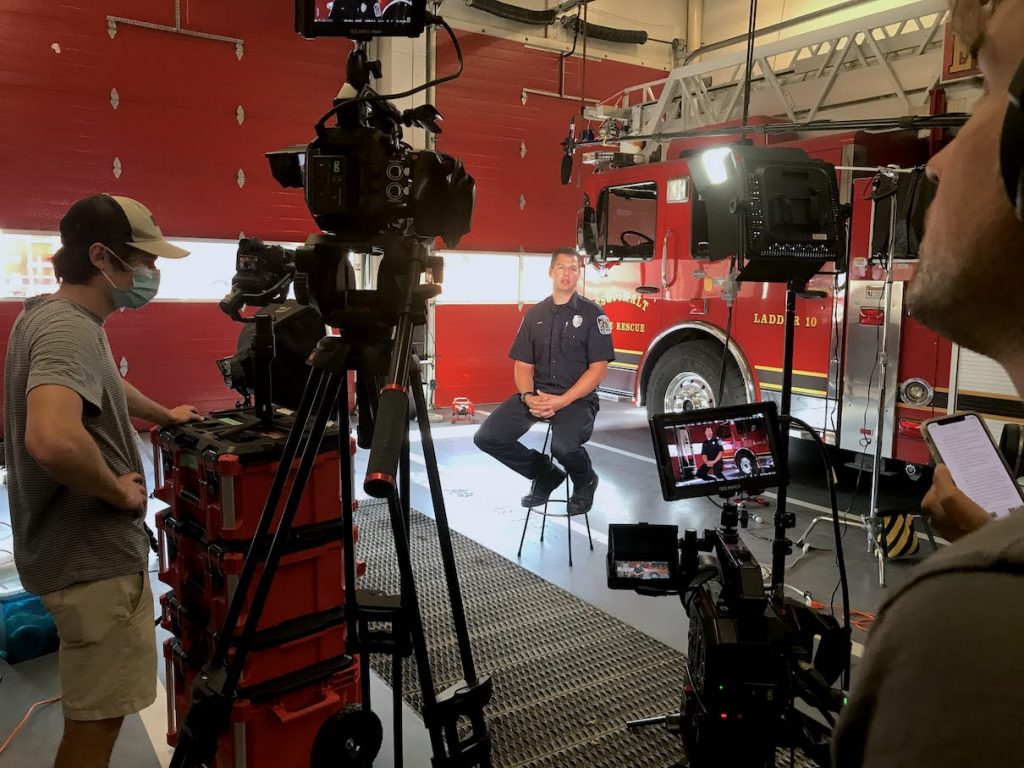 Get in touch today!

Do you have an idea for an online program to boost engagement and elevate the learning experience for your clients, but are unsure how to bring that vision to life? From branded graphics to engaging video, cohesive copy and effective marketing strategies, let us develop and launch your online program.

We’re here to help you stand apart from the crowd.